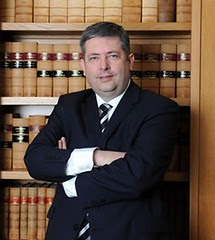 Cash for hacking - Lord Advocate Frank Mulholland in need of someone to arrest, just as long as it’s not a colleague, a lawyer or a Police Officer WHILE arrests have finally been made today in England & Wales after investigations into payments to Police Officers by journalists, campaigners for openness in Scotland are now beginning to question why no substantive investigations have taken place into similar actions north of the border where corrupt Police Officers working in various Scottish Police Forces and it is alleged, employees of the Scottish Courts Service and Crown Office & Procurator Fiscal Service (COPFS) have taken CASH BUNGS or “other forms of payments” from journalists, private investigators & high profile lawyers for information on individuals which includes private financial details, personal & medical files and much more.

In one bizarre case brought to the attention of Scottish Law Reporter by a journalist, even a senior detective in Lothian & Borders Police appears to have fallen victim to creepy backhander-cash-for-info scandals where a lesser rank detective in his team “grassed up” his Detective Chief Inspector boss to Scottish tabloids over an ‘extra-marital affair love tryst with a crime victim’ saga. The DCI was forced to retire in humiliation after the ‘love affair’ scandal hit the headlines. The lesser ranking detective who sold the story to the tabloid appears to have received “a substantial sum of money” although the episode apparently did little for his career prospects.

The case of the senior detective sold-out-for-cash appears to have taken some strange turns, made all the worse after evidence emerged that a bizarre “turf war” between detectives including the one who sold out his boss, & local uniformed officers within the division of Lothian & Borders Police ended up destroying a costly year long drugs surveillance operation in a small Borders town, where one family was known to have been dealing in & selling large quantities of drugs to all age groups including school children. A more in-depth report on this case is to follow.

Another case being looked into by an independent journalist has revealed more payments to cops on where material gathered on “target individuals” such as lists of phone calls, council & medical records & other information was handed over to a lawyer from a well known law firm which is known to have represented now former senior law officers in the Crown Office. The information, which was exchanged for a substantial sum of money, appears to have been gained by serving Police Officers and officials working at Scotland’s Crown Office & Procurator Fiscal Service (COPFS).

In another instance, at least one Police Officer is alleged to be on the payroll of a private law firm which has a senior partner who is also a serving Sheriff. In a case previously reported by Scottish Law Reporter, one particular firm used a Police Officer to threaten tradesmen who were seeking to recover debts from a serving advocate who is a client & friend of the serving sheriff. The Police Officer, who threatened a tradesman with arrest “if he didn't shut up about the debts” is suspected of receiving payment for his actions on behalf of the sheriff.

In a case which appears to implicate staff working for the Scottish Court Service, information on a private individual including personal statements appears to have been shared by SCS staff with a law firm, again on a cash for access basis.

No action appears to have been taken in any of the above examples, even though the cases, in which money has changed hands on each occasion, are now well known to senior officers and senior figures in Scotland’s judiciary.

While BBC News reports on the arrests in England & Wales, insiders say expect no arrests in Scotland …

Four former and current Sun journalists and a police officer have been arrested by detectives investigating payments made to police by journalists. Scotland Yard said the men, aged 29 to 56, were arrested at addresses in London and Essex earlier. The 29-year-old, a serving officer in the Metropolitan Police's Territorial Policing Command, was arrested at his work - a central London police station.

The Met said the arrests, part of Operation Elveden, were prompted by information given to police by News Corporation. A BBC source said this was an effort aimed at "draining the swamp" so as to restore journalistic integrity at News International titles.

News Corporation and its Management and Standards Committee (MSC) issued a statement following the arrests saying it had made a commitment last summer that unacceptable news gathering practices by individuals in the past would not be repeated. "It commissioned the management and standards committee to undertake a review of all News International titles, regardless of cost, and to proactively co-operate with law enforcement and other authorities if potentially relevant information arose at those titles. "As a result of that review, which is ongoing, the MSC provided information to the Elveden investigation which led to today's arrests."

News Corporation also said it would "continue to give its total support to the continued work of the MSC and to ensure that legitimate journalism is vigorously pursued in both the public interest and in full compliance with the law".

Operation Elveden is supervised by the Independent Police Complaints Commission (IPCC) and is being run in conjunction with Operation Weeting, Scotland Yard's inquiry into phone hacking by the now-closed News of the World. A spokesman said Saturday's arrests and searches related to suspected payments to officers and was not about seeking journalists to reveal their sources regarding information obtained legitimately.

The police have said that two men, aged 48 and 56, were arrested at their homes in Essex. A second 48-year-old man was detained at his home in north London. Officers are searching their homes. A fourth man, aged 42, was arrested at 11am when he attended an east London police station. All were being questioned on suspicion of corruption under the Prevention of Corruption Act 1906, aiding and abetting misconduct in a public office and conspiracy in relation to both offences.

The officer was the second serving officer to be arrested as part of Operation Elveden. The first, a 52-year-old woman, was arrested last month and bailed, police said. A total of 13 people have now been arrested as part of the inquiry. Twelve were arrested by the Met and the thirteenth by the IPCC.

IPCC deputy chair Deborah Glass said she was satisfied with the "strenuous efforts being made by this investigation to identify police officers who may have taken corrupt payments".

She said she had considered the IPCC's role and whether to use its powers directly in relation to the latest suspects, but said "given the interlocking nature of the investigation and arrests which do not just involve police officers, I believe the priority is not around whose powers should be used, but for an effective investigation that brings wrongdoers to justice. "While we continue to provide a supervisory role across Operation Elveden, I will consider each referral on its own merit and we will investigate independently if appropriate."

The total number of people arrested in the inquiries now stands at 27. Two were released without further action, and 21 remain on police bail.

Posted by Anonymous at 3:16 pm

Dont have much sympathy for some cop shagging a crime victim and being grassed up to the papers however since it's another cop who did it and got paid for it there should be an arrest and then we can get to rerun the shagging dick and add the bitter colleague to the story!

How about the bent cop who handed over the Gail Sheridan interview tape to the BBC?

He didnt do it for free