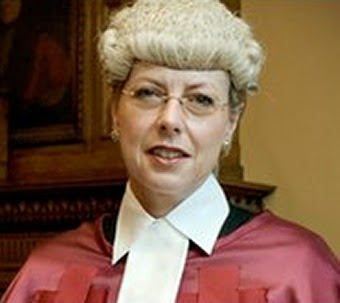 The main policy objective of the Tribunals (Scotland) Act 2014 is to create a new, two-tier structure for devolved tribunals in Scotland – to be known as the Scottish Tribunals – which will comprise a First-tier Tribunal for first instance decisions and an Upper Tribunal (primarily for dealing with appeals) with a common system of leadership, appointments, practice and procedures for reviews and appeals, under the overall leadership of the Lord President of the Court of Session.

Lady Smith - Anne Mather Smith was appointed a Judge of the Supreme Courts in 2001 and was appointed to the Inner House in November 2012.

Lady Smith has extensive experience of sitting in tribunals and working with tribunal judges and members.  She was a judge of the Employment Appeal Tribunal for eight years and she chairs the Scottish Tribunals Forum and the Reserved Tribunals Group. She also represents the interests of the Lord President in relation to tribunals where the relevant law has not been devolved to the Scottish Parliament, on the Tribunals Judicial Executive Board, chaired by the Senior President of Tribunals (currently Lord Justice Sullivan).

Lady Smith’s partner, retired solicitor David Smith formerly with Shepherd & Wedderburn, and more recently a controversial pro-lawyer board member of the Scottish Legal Complaints Commission hit the headlines when the now retired Scottish Information Commissioner Kevin Dunion – who now sits on the SLCC as a board member,  ruled the Commission had unjustifiably covered up documents relating to David Smith’s conduct during his time on the board.

Dunion forced the SLCC to disclose details, revealing Lady Smith’s husband had embarked on a tirade of insults against victims of dishonest lawyers during internal communications between SLCC board members, and branded members of the public “Frequent Flyers” during discussions on how to deal with complaints against the legal profession.

Lady Smith is also known for throwing out the Scottish National Party’s bid to use the Court of Session to block the broadcast of the Prime Ministerial debate on the lead up to the 2010 General Election, reported HERE.

The first Commencement Order for the Tribunals (Scotland) Act 2014, published on Monday 14 July 2014, brings into force section 4(1),(2),(3), and (5) of the Act enabling the Lord President to make this appointment. With the coming into force of the Order and by virtue of the power conferred on the Lord President by section 4(2) of the Act, Lord Gill has formally assigned Lady Smith to the Office of President of the Scottish Tribunals, to whom he may delegate various functions.

In Scotland there are currently three different types of tribunals:

The following reserved tribunals are administered by HM Courts and Tribunal Service (HMCTS):