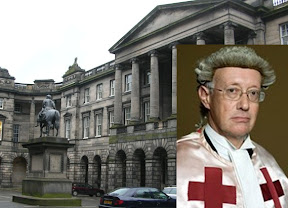 As I recall one of the many unfair aspects of making a complaint is that a solicitor is allowed to see all material presented by a 'complainer' but the 'complainer' is not allowed sight of a solicitor's productions.

Clearly Mr Macreath is playing for time and no-one with any sense would go within a mile of him or Levy Macrae.

Anonymous said...
This comment has been removed by a blog administrator.
August 16, 2014