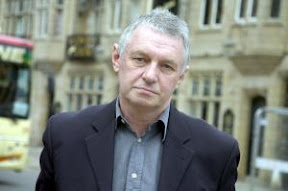 A breach of the Peace trial against anti-abuse campaigner Robert Green is expected to last another week. Daily updates for readers seeking the very latest information on Scotland’s most expensive ever Breach of the Peace trial against ant-abuse campaigner Robert Green, can be viewed at Hollie Demands Justice.org. Mr Green, as is now widely known, was charged in February 2010 by officers from Grampian Police, apparently on the orders of the Crown Office in Edinburgh after he attempted to hand out leaflets documenting the claims surrounding the case of Hollie Greig, a downs syndrome victim who is alleged to have been abused by an Aberdeen based paedophile gang.

Little has apparently been done about the abuse claims, and the case against Mr Green appears to have become little more than the now usual Crown Office vendetta to protect its own image, turning into yet another rather costly case for taxpayers to fund, simply to beef up a few egos in undeserving high places.

Hard questions have been asked of Grampian Police & others, more of which can be read on the Hollie Demands Justice.org website.

Former Lord Advocate now Dame Elish Angiolini employed Cayman Islands hopping lawyers from Glasgow. Reporting on the background of the case, Robert Green was arrested by Police on 12th February 2010 in relation to a breach of the peace alleged to have been committed in Aberdeen when Mr Green attempted to hand out leaflets regarding the anti-abuse campaign. It was also revealed the then Lord Advocate, now Dame Elish Angiolini had employed private law firm Levy McRae to serve interdicts on Mr Green in connection with his campaign to ‘out’ alleged abusers of downs syndrome victim Hollie Greig. Glasogw law firm Levy McRae who later represented shamed former Glasgow City Council Boss & Cocaine addict Steven Purcell, proceeded to threaten several media outlets & journalists over their reporting of the case, covered by Scottish Law Reporter HERE & HERE. The Purcell scandal caused some newspapers to ‘evaluate’ their relationship with Levy McRae, details of which were featured in a report here : HERE

Justice Secretary Kenny MacAskill worked at, has ties to same law firm used by then Lord Advocate Elish Angiolini in interdict case. As details of the case began to be reported in the wider press, it emerged the Scottish Justice Secretary, Kenny MacAskill had links to LEVY MCRAE, the law firm employed by the then Lord Advocate Elish Angiolini in legal action against Mr Green. Mr MacAskill has made no comment on the fact he served his apprenticeship at Levy McRae and also worked at the firm for a considerable time during his years as a solicitor before he entered politics, while he is thought to have backed Dame Angiolini in her actions at the time. The revelations were reported by Scottish Law Reporter at the time, HERE.

The Crown Prosecution's Case against Robert Green has finished to a somewhat bewildered Court in Stonehaven.

We have witnessed the Prosecuter submitting evidence naming himself in that evidence, leading to the possibility that he could be called himself to give testimony.

We have seen numerous examples of uncertainty from the Prosecuter.

We have seen numerous examples of directing the witness to the wrong piece of evidence, getting dates wrong and being unable to operate a computer mouse (upon which the Prosecuter apologised to the sheriff and admitted that this was beyond his technical expertise!)

One of the most amusing moments however came on Monday 23rd January, when the sleepy eyed Prosecuter played an exerpt from the hit Internet/SKY television programme The Richplanet Starship.
The recording showed a fictional spacecraft looming into view and then cut to a television studio, where Richard D Hall the host sat behind a desk. Then Robert Green, Hollie and Anne Greig were shown to materialise (like in the Star Trek Movies)by means of post production computer software onto the sofa in the studio, so that they could begin the interview.

Almost incredibly the Prosecuter asked his witness, did you see three people beam-up onto the Starship?

One truly wonders if the Prosecuter and presumably his witness are firm believers that the technology to de-materialise and beam people aboard Starships exists?

We have seen the final star witness for the prosecution fail to turn-up at Court to give evidence and for the Prosecuter to just shrug his shoulders and say, never mind it'll not make any difference anyway, in a resigned tone and then said, that's it and sat down.

The Prosecution Case had apparently finished!

The prosecution witness testimony had all been pointing in one direction however.

All arrows point back to Elish Angiolini.

Will the Sheriff do the only thing he can in this case, in the interests of Justice and force her to give evidence?