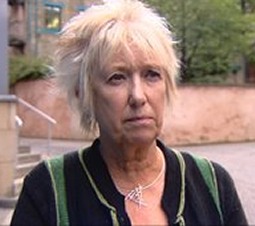 Committee Convener Christine Grahame accused of sectarian remarks against political rivals. CHRISTINE GRAHAME, the now two time Convener of the Scottish Parliament’s sole Justice Committee has been accused of SECTARIAN JIBES against political colleagues at Holyrood by a former employee Mark Hirst, who is taking Ms Grahame to an industrial tribunal after he was sacked. The accusations, which identify alleged comments made by Ms Graham against now former LibDem msp Mike Rumbles, can be read on Mr Hirst’s online blog HOLYROOD CONFESSIONS and raise serious concerns of Ms Grahame’s conduct after the Justice Committee’s SNP members forced through the controversial Offensive Behaviour at Football and Threatening Communications (Scotland) Bill after messy debates in the Scottish Parliament which features in earlier coverage HERE

In an article titled “SCOTLANDS SHAME” posted on Wednesday of this week, the blog accuses Christine Grahame of making the remarks during discussions on Margo MacDonald’s End of Life Choices Bill, which Ms Grahame was said to have initially opposed, then changed her mind & supported after the Catholic Church came out strongly against the proposed legislation. As msps including Mr Rumbles on Holyrood’s Health Committee which Grahame chaired at the time raised questions of her position as its Convener & supporter of the proposals, Mr Hirst’s blog, now widely quoted online alleges Grahame’s anger spilled over in the office and into a long diatribe aimed at Rumbles, where she is alleged to have said in reference to Mr Rumbles : “It’s because he’s a f*cking Catholic”.

Mr Hirst also alleges other msps who also happen to be Catholics are reported to have faced more name calling from Grahame, including Tricia Marwick, who defeated Christine Grahame in the contest to be the new Presiding Officer of the Scottish Parliament.

Mr MacMahon continued : “Questions already exist about Ms Grahame's neutrality while considering the so called Bigot Bill as she appears to believe that more Catholics need to be arrested to even things up in society. She clearly cannot be viewed as an impartial participant in the process of scrutinising this controversial legislation and while these allegations remain under investigation she should not be steering the Committee's interrogation of the Government's unpopular proposal"

With the alleged sectarian remarks made by Grahame being viewed as a hindrance to the passage of the controversial Offensive Behaviour at Football and Threatening Communications (Scotland) Bill, the Scottish Government have wheeled out occasional absentee Justice Secretary Kenny MacAskill to offer support in an attempt to shore up Grahame’s position as Convener of the Justice Committee in the wake of Mr Hirst’s growing list of allegations against his former boss. 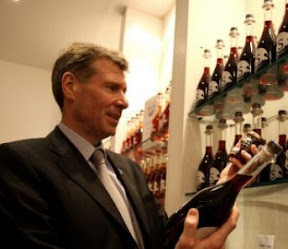 Justice Secretary Kenny MacAskill offered support for embattled Grahame. Speaking at a press conference for the Scottish Government's Cashback for Communities Scheme, Mr MacAskill, who has himself fell foul of the law at a football match after he was held in custody on suspicion of being drunk & disorderly at an England v Scotland football match, was asked if Ms Grahame has his backing and support from the SNP. MacAskill said: "Absolutely. I think she's rebutted these matters firmly. I think there's no evidence to suggest otherwise, and until such time as any concrete information is put forward I think we should view these (allegations) with the contempt they deserve." Mr MacAskill went onto say he didnt believe the allegations will have any effect on the SNP’s widely criticised anti-sectarian laws, which some say are dreamed up by party insiders & the Police to bring about Police powers to arrest people for just about anything including singing the National Anthem and making the sign of the cross.

This is the second time in recent times that a Justice Committee Convener has faced calls to resign, where only last year, the Scottish Conservative now former msp, Bill Aitken was forced to quit the Convener’s position after he branded a rape victim a prostitute and then lied about his remarks, attempting to blame a newspaper and a journalist for making it up.

Christine Grahame herself has a history of ‘controversy, where in her earlier stint as Convener of the Justice 1 Committee of the Scottish Parliament, she agreed with the then Committee’s decision to ban members of the public speaking in front of msps about their experiences with lawyers while the Committee hosted regular friendly visits from the Law Society of Scotland. Ms Grahame’s Justice Committee report unsurprisingly found in favour of the Law Society of Scotland and that self regulation of lawyers, where lawyers are allowed to regulate themselves be maintained. Ms Grahame is reported to have ‘made remarks’ against individuals & law reform campaigners during the lengthy episode where vested interests were prioritised over consumers.

In a more bizarre incident, Ms Grahame also claimed at one point the Security Services were bugging her telephones however no evidence was offered up to substantiate the claims, branded as fanciful by others.

Coverage of the scandal involving the sectarian remarks alleged to have been made by Christine Grahame follows :

Grahame urged to stand down during ‘sectarian’ investigation

POLITICIANS have called for the head of Holyrood’s Justice Committee to stand down until allegations that she made sectarian comments have been fully investigated.

It emerged yesterday Christine Grahame, SNP MSP and convenor of the committee, has been accused by a former employee of making sectarian remarks about colleagues, including members of her own party. The Justice Committee is currently overseeing the anti-sectarian legislation, the Offensive Behaviour at Football and Threatening Communication Bill, that is going through Parliament.

The allegations have been published online by Mark Hirst, her former senior political adviser, who was sacked in September for gross misconduct and is taking Ms Grahame to an employment tribunal claiming unfair dismissal. The complaint has been sent to the presiding officer. Ms Grahame yesterday described the claims as “ridiculous”.

Labour MSP Michael McMahon said: “Christine Grahame has a responsibility to ensure the Scottish Government is doing all it can to protect people from sectarianism and racism and any questions raised about her position on this matter must be cleared up as soon as possible. “I would urge Ms Grahame to consider her position on the Justice Committee until such times as any investigation into this matter has been completed. Questions already exist about her neutrality while considering the so-called Bigot Bill, as she appears to believe more Catholics need to be arrested to even things up.”

A spokeswoman for Ms Grahame said: “Mr Hirst’s comments have absolutely no credibility and Ms Grahame will not respond to such ridiculous claims. “Mr Hirst himself admits he is a disgruntled former employee who has been dismissed for gross misconduct and his previous allegations against Ms Grahame have been rejected by the police and dismissed by the Standards Commissioner. “His comments have absolutely no credibility.”

A SENIOR Scottish Government minister has backed Justice Committee convener Christine Grahame amid allegations that she made sectarian remarks. The Electoral Commission is investigating the allegations made by Mark Hirst, a former senior political advisor in her office. She faced calls by Labour MSP Michael McMahon to “consider her position on the Justice Committee until such times as any investigation into this matter has been completed”.

However, Justice Secretary Kenny MacAskill said Ms Grahame has “rebutted these matters firmly” and the allegations should be viewed “with the contempt they deserve”.Mr MacAskill also said he will stand by the conviction of the only man found guilty of the Lockerbie bombing “until such time as that matter were to be reviewed”.

Speaking at a press conference for the Scottish Government’s Cashback for Communities Scheme, Mr MacAskill said he does not believe the allegations against Ms Grahame will have any effect on the Offensive Behaviour at Football and Threatening Communications Bill, which is under scrutiny by the Justice Committee. He said: “I’ve known Christine Grahame for many years and I’ve never known her to have, frankly, any real interest in religion, and certainly to have no sectarian views at all.”

Ms Grahame is also a member of the Justice for Megrahi campaign. Earlier this week, she spearheaded calls to continue a petition by the group calling for an independent inquiry into the conviction of Abdelbaset al Megrahi for his role in the Lockerbie bombing. All five SNP MSPs on the committee, including Ms Grahame, voted to continue the petition alongside Liberal Democrat Alison McInnes. Labour’s James Kelly and Graeme Pearson and Conservative John Lamont were outvoted in an attempt to strike it down.

Sweet!
As they say what goes around comes around!

Hardly glowing support from someone as messed up as the rest,I wouldn't stake my future on words from MacAskill.