Would Granny swear by Levy McRae ? Law firm in the dock as newspapers ‘evaluate relationship’ with legal advisers over Steven Purcell scandal

Peter Watson of Levy McRae, back from the Cayman Islands ? In an editorial comment in today’s Sunday Herald, further extraordinary details have emerged about the involvement of the well known Glasgow law firm Levy McRae, along with its senior partner Peter Watson and the crisis management media specialists Media House, in attempts to manage media coverage of the scandal surrounding the Glasgow City Council Chief Steven Purcell, who fled the country after resigning by telephone.

The Sunday Herald ends its editorial by stating : “We are taking this problem very seriously and are assessing our relationship with our legal advisers this week. We certainly need to be assured that there is no potential for similar conflicts of interest in future and we are making our position very clear to Levy & McRae.”

Levy & McRae’s actions led to arrest of investigative journalist Robert Green. Taking into account the recent actions of Levy McRae on behalf of Scotland’s top law officer, Lord Advocate Elish Angiolini, in the Hollie Greig case, actions which led to the arrest of journalist & broadcaster Robert Green, who had been investigating claims of an Aberdeen based paedophile ring linking members of Scotland’s legal establishment, alleged to have abused vulnerable & disabled children, then yes, perhaps its time for the media and a few other clients to assess their relationship with Levy McRae …

Incidentally, the Herald & Sunday Herald have done an excellent job of reporting on the Steven Purcell case … 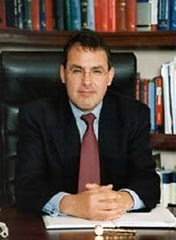 PR, politics and the press: A conflict of interest but no barrier to the truth

The shockwaves emanating from the controversial departure of Glasgow City Council leader Steven Purcell have shaken the foundations of Glasgow’s political and business establishment.

The initial facts were bad enough: allegations of drug-taking, cover-ups, incoherent ramblings, paranoia, a stay at a clinic specialising in the treatment of drink and drug problems, and finally Mr Purcell’s retreat from Scotland, reportedly for up to a year.

Since Mr Purcell’s departure, speculation has grown ever more fevered, encompassing suggestions of a network of powerful figures working behind the scenes to influence the workings of the city. The suggestion that this so-called network includes leading figures from the media is now threatening to undermine public confidence in the integrity of the Scottish press.

There have been hints that some Scottish newspapers have pulled their punches on the controversy because editors have been too close to Mr Purcell or, worse, they have been cowed into submission by Peter Watson and PR firm Media House. These suggestions have involved the Herald & Times Group, publishers of this newspaper, The Herald and the Evening Times. Other newspapers have also been referred to. We believe our readers should learn the facts here rather than read assumptions in the pages of other publications.

Glasgow is a large city but its political and business centre is small. Personal and business relationships meld together, contacts extend and overlap, boundaries blur. Business dinners become social occasions, colleagues become friends. Such social networking goes on in every city in the world. It only becomes a problem when a conflict of interest arises.

For the Herald & Times Group that conflict of interest arose when solicitors Levy & McRae, the firm we employ to ensure the legality of our editorial content, was engaged to act on behalf of Steven Purcell in the early stages of the controversy. The Herald broke the news of Mr Purcell’s resignation as council leader in a story by Paul Hutcheon on Tuesday, March 2.

Peter Watson, of Levy & McRae, and Jack Irvine, of Media House, acted for Mr Purcell as the crisis unfolded. In the most recent documents lodged with Companies House, Mr Watson is listed as one of four shareholders of Media House, along with Mr Irvine and two other individuals. Mr Watson has told us that he holds the shares as a representative of a trust for Mr Irvine’s children.

They warned that a story in The Scotsman newspaper revealing details of the deleted reference to “chemical dependency” could be a breach of the Data Protection Act and be referred to the Information Comissioner. The media was also warned that inquiring into Mr Purcell’s health might breach his right to a private life under the European Convention of Human Rights.

The Sunday Herald’s analysis of the Steven Purcell controversy on March 7 included an article criticising the tactics of Mr Watson and Mr Irvine. To avoid a further conflict of interest, the article was not scrutinised for legal problems by a full-time employee of Levy & McRae but by a QC acting as an independent adviser, although still under the overall umbrella of the Levy & McRae contract with the Herald & Times Group.

After the story’s publication, the Sunday Herald was contacted separately by both Peter Watson and Jack Irvine. We will not reveal the details of private telephone calls with Peter Watson but the results of those calls could be seen in last week’s Sunday Herald. We printed a correction of one factual inaccuracy: we had said Mr Watson and Mr Irvine had left Scotland to go “on holiday” around the same time as Mr Purcell had left the country. In fact Mr Watson and Mr Irvine had both left on business trips to the Cayman Islands. We also printed a letter from Mr Watson complaining about our coverage. We agreed to print the letter to fulfil our duty to offer a right of reply.

In response to separate complaints from Mr Irvine we offered the same factual correction and the same opportunity to submit a letter for publication, subject to our normal editing procedures. He refused both offers.

In an article in industry magazine PRWeek on March 10, Mr Irvine revealed he had lodged a complaint with the Sunday Herald. He said he had asked for an apology and that he would refer the matter to the Press Complaints Commission if his request was refused.

Mr Irvine has now submitted a complaint to the Press Complaints Commission against the Sunday Herald article. He has complained on two counts:

1: By stating that he and Mr Watson had gone on holiday the Sunday Herald implied that he had left Mr Purcell “in the lurch”.

2: The Sunday Herald launched a “vicious attack” on the methods he and Mr Watson had employed without giving either the right to comment or reply before publication, allegedly in breach of the Editor’s Code of Practice.

Mr Irvine referred to previous “problems” he had experienced with the Sunday Herald, including discussions this newspaper had had with Mr Watson over a story concerning another Media House client earlier this year.

Mr Irvine claims to the Press Complaints Commission that the Sunday Herald’s article on the Steven Purcell tactics was “heavily influenced by spite, bad blood and malice”. The Sunday Herald will defend itself against Mr Irvine’s accusations through the normal channels.

There have been other references in the media to the friendship between Steven Purcell and leading newspaper editors, including Herald & Times editor-in-chief Donald Martin. Mr Martin met Mr Purcell and prominent figures in the Glasgow business community on a fairly regular basis and both were part of a network dubbed “Team Glasgow”.

Mr Martin told the Sunday Herald: “I was glad to play a role in Team Glasgow along with other individuals who believed in co-operating for the good of the city. Our aim was to encourage actions which would help the city. As a newspaper editor it is an important part of my job to make contacts in the political, business and other spheres and I also believe it is part of my job to work for the good of Glasgow and indeed Scotland. There is no conflict between that aim and my commitment to publishing the facts of stories which are important to the lives of our readers.

‘‘The Herald broke the news of Steven Purcell’s resignation and has continued to inform our readers of the major developments in this story. We remain committed to uncovering the full facts surrounding Mr Purcell’s departure, many of which remain obscured. We will work to uncover the truth, no matter how long it may take. There is no evidence of a ‘conspiracy of silence’. Indeed, the facts render such an allegation ridiculous.”

There remains the question of a conflict of interest regarding Peter Watson in his roles as legal adviser to the Herald & Times Group and as a listed shareholder in Media House. Levy & McRae’s website offers a service described as “reputation management”. It states: “With a low profile, we aim to keep our clients off the front page and take swift, effective action where required. Being networked at the highest levels and having access to major decision-makers is key to our success.”

One media organisation asked the Herald & Times Group last week if such a statement could be reconciled with the aims of our newspapers.

Herald & Times managing director Tim Blott said he was extremely concerned at the conflict of interest which had arisen in the Steven Purcell case. He said: “We are taking this problem very seriously and are assessing our relationship with our legal advisers this week. We certainly need to be assured that there is no potential for similar conflicts of interest in future and we are making our position very clear to Levy & McRae.”

Posted by Anonymous at 4:00 pm

Its enough to make you wonder what fishy business is connected to the other cases of clients he represented !

Mr Watson does business in the Cayman Islands ?
Christ I hope HMRC are reading this one!

Just about everything connected with the Hollie Grieg case smells like an open cesspit. It's clear there's something very very nasty underneath all this....The truth will out. No doubt!....Eventually!